Product: Electronic device in the garden and patio category. Average selling price is $30-$50, while the cost of goods is $13/unit. It had been selling for over a year, with 1,500 reviews.

Challenge: ‘Cash cow’ product that had been generating consistent profit for the past 2 years. However, as its PPC was not properly optimised  and ACoS had been increasing leading to profit loss.

On the surface, it appeared like electronic garden product was successful. It was selling between 70-100 units/day, it had 1,500 reviews, and was a serious player, but not a leader in the niche. Moreover, it was generating just under $1,000/day of gross profit, on a PPC ad spend of $1,000/day. Most people might be happy with this, but under the surface, problems were bubbling.

In the past year, ACoS had grown significantly, with their bid prices rising, and their PPC suffering from a lack of proper optimization. Left unchecked, this would soon lead to a significant decline in market share and profitability. The client had already tried to optimize his PPC bids, but nothing changed.

He’d also tried adding more ‘phrase’ and ‘broad’ keywords, but again, their ACoS remained stubbornly high. It was at this point on October 18th that the client realized he needed expert help and turned to aNavigator!

We kicked off the project with a deep analysis of the situation, which involved examining the competition, the performance of the current PPC campaigns, and other key performance metrics (conversion rates, ACoS, TACoS, BSR, etc).

Very quickly we came to a few conclusions:

We believed that in order to allow the product to fulfil its full potential, we didn’t need to increase the PPC budget. Instead, we’d refocus it towards our main business goal – profitability. Our reasonable goal was to increase gross daily profit by 30%.

From November 1st, we started to implement 3 main changes to achieve it:

1. Removing all the search terms that weren’t converting by adding them to the negative keywords list at a campaign level.

2. Choosing the 3 most promising segments by type of use and focusing most of the PPC budget there (on sponsored products by search terms).

3. Following the organic positions closely for those segments 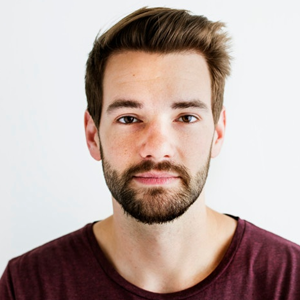 Without proper expertise to handle your PPC and manage your revenue, you are potentially losing thousands of dollars.

conversion tracked across all interactions

As you can see on the sales graph below, these actions led to an immediate impact. Unit sales trended upwards with 190 units sold on November 15th – double the average from just 2 weeks before. In addition, the bulk of the increased sales were derived organically which happened as the product’s organic positions improved.

Our original goal was to increase profits by 30%. But staggeringly, by the middle of November gross profit had risen to over $4,000/day – an increase of 400% without increasing the PPC budget! In the mean time ACoS had fallen from ~60% to ~20% and TACoS (which takes into account PPC and organic sales) had fallen from ~30% to just ~5%. Other notable achievements include:

With the client already delighted by these results, we’re planning to go even further. From January, we’re devising a plan to help this product become the best-seller in the niche with a new goal to double the daily profit to $8,000/day.

Want aNavigator to help you generate more profit for your Brand?